Trauma, Pain, and Suffering: The Visible, Invisible, and its Treatment

It is customary to define or describe trauma or tragedy by what has been made visible and evident: the aftermath of natural disaster, bruises of domestic violence, and injuries of war. In my professional experience and practice, it also imperative that trauma and suffering be understood and formulated in terms of what is not seen: the invisible.

Internal pain is familiar to us all: a cutting remark, a dismissive glance, a devastating loss, and the like. Some forms of internal pain are known to us consciously or cognitively (e.g., pain from the death of a loved one), that is, it makes sense to us that we suffer and deeply hurt in such a context. Oftentimes, however, such pain is made known only through the felt-suffering it causes us internally. We can feel the pain inside, even if we are not sure how to name it, what to make of it, of where to say “it hurts.???

Since internal wounds tend to be invisible to those around us (and also ourselves at times), the potential exists for such internal wounds to fester and remain untreated for significant periods of time, frequently resulting in psychological (e.g., depression, anxiety, lack of motivation, etc.) and physiological symptoms (headaches, panic attacks, irritable bowel issues, etc.) that create even more distress in daily living and functioning. Yet, we keep on going.

At times, when no one seems to notice our pain, we think to ourselves, “well, maybe what I’m feeling is not real, maybe it’s not even there, maybe it will go away.??? It is far too easy to dismiss or neglect internal pain as evident in the following commonplace words of discouragement: “suck it up,??? “you’ve got to let that go and move on,??? “you shouldn’t feel that way,??? “you’re really doing this to yourself at this point,??? and “think positively.??? More often than not, such statements are contraindicated for the treatment of severe internal pain, meaning that they do more harm than good given their dismissive, disavowing nature.

In other words, the idea that “you’re not bleeding, so you’ll be okay??? is not necessarily true by any means in certain contexts. Take, for instance, the kinds of trauma and suffering that take place behind closed doors or in their own form of silence. Such traumatic injury was done in secret to be kept secret; it was not to be talked about, as it was the “unspeakable??? for which there were no words.

As this type of internal pain originated in the context of another, it stands to reason that healing would come about in the context of a different kind of other, the kind that seeks to heal rather than hurt. I can help you to find and voice those words as the “invisible??? aspects of your self-experience begin to emerge, take shape, and become known in the context of a safe, supportive, and caring therapeutic relationship. 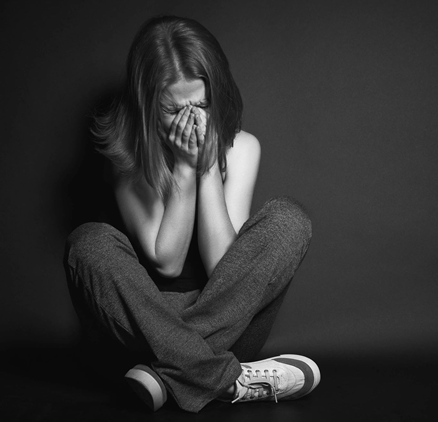 MEET OUR TEAMBOOK A VISIT

The content on this site is for informational purposes only and is not meant to be a substitute for psychological, medical, legal or other professional advice, diagnosis or treatment. For issues concerning mental health, you are invited to schedule an appointment with Dr. East or her team. S.M.I.L.E. is focused on assisting individuals and families with many challenges from, overcoming everyday stressors, to healing from traumatic events.

Copyright by SMILE 2021. All rights reserved. Powered by: www.zMarketingAndDesigns.com